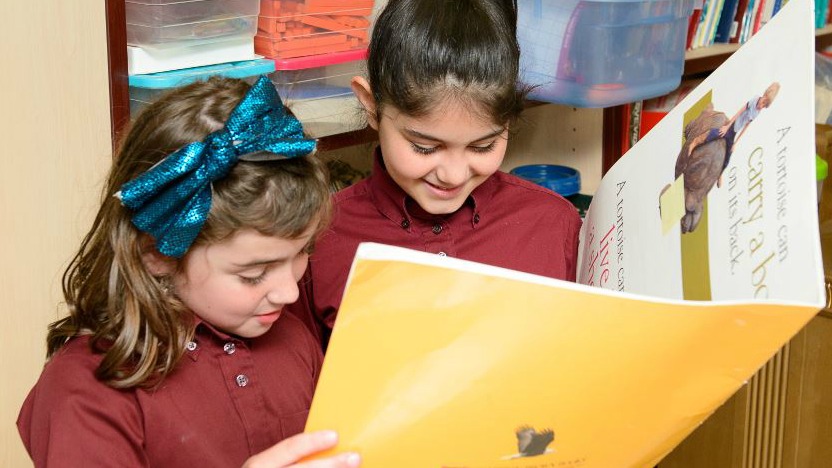 Mrs. Rachel Berkowitz is a 10-year teaching veteran at PTACH/ Bais Yaakov D’Rav Meir. With an assistant, Esti Weinberg, she teaches Hebrew studies to sixth- and seventh-graders in the PTACH program. A special education and reading specialist in the Jewish community, Mrs. Berkowitz tells two stories to illustrate the depth of the problem of misplaced sympathies.

The first is about parents who, afraid of the stigma of learning disabilities, insisted their daughter remain in mainstream classes, despite the anxiety the decision created. The mainstream teachers modified class work only for her, which in reality meant she understood just a fraction of what was taught because the teacher had to serve the other 20+ students most of the time. Also, the young girl stood out to her peers as “the one who needs help.”

Mrs. Berkowitz’s second story is about the principal of a yeshiva high school who told her that it would be best for a certain student to enroll in PTACH early; “then she can come to us with the skills to succeed.” The principal recognized that facing learning issues as soon as they are discovered is far better than allowing a child to struggle, because problems get deeper and more complex when failure is imbued at a young age. Indeed, early intervention with the right education can bring a child up to par.

Malkie, a 14-year-old, eighth-grader at PTACH has been in the program since third grade. “It’s better for kids who get here earlier,” she says, “because you have more experience, more time here to be ready for challenges.” When Malkie was younger she couldn’t sit still. She had trouble focusing and paying attention. Her mother took her to a therapist in Monsey who said she needed private attention.

“I remember my mother telling me I was going to PTACH, and I cried and thought I was stupid and weird,” Malkie says. “I laugh at myself when I think about how silly that was. My mother told me I was just like anyone else, and that I was getting a fresh start and she was right.”

Mrs. Hedy Rubel, a clinical social worker and play therapist at Bais Yaakov, believes misplaced sympathies on the part of parents are often a perception problem. “Parents see their children at home, not in class, so they have a hard time evaluating the situation,” she says. A child may come home saying her teacher is mean, when in fact the negative dynamic between them is about unaddressed learning issues. Once learning issues become evident, some parents go into denial, while others investigate.

“It is our job to educate and demystify,” continues Mrs. Berkowitz. “Though we want our children to be the same as everyone else, the truth is that is not real life. We all have things in life to deal with and learning differences can be dealt with. The best strategy is to have a child evaluated by a professional.” Children whose disabilities are identified early – in pre-school or younger – have a greater chance of growing up with intact self-esteem. They go to college and get married. Those that are kept in inappropriate classes over the course of elementary school have a much steeper hill to climb.

“We explain to parents who are afraid their child will be stigmatized that any child with a learning disability who is sitting in a mainstream class and cannot keep up is already stigmatized,” says Miriam Serkez, program coordinator for the PTACH program at Bais Yaakov. “It is better to trade in an internal stigma for an external label.” Calling the learning problem what it is and working towards self-confidence sets children up for success.

“The question ’What will other people say?’ is probably the biggest deterrent to making the decision to do right by one’s child,” remarks Mrs. Serkez. “Ultimately the question needs to be asked, ‘am I sympathizing with my child because I am protecting the family’s social standing, or because I am thinking of the importance of the right education to her emotional well being and future success?’” Further, Mrs. Serkez makes the point that any child or parent who loses a friend because of attendance at PTACH should question the value of that friendship.

Mrs. Serkez and the PTACH staff provide support to parents and teachers struggling with the challenges of learning differences. They help parents understand what their child’s needs are and how to best meet those needs. And, they help mainstream teachers unfamiliar with special education techniques recognize and report problems sooner.

“My parents made a good decision for me,” Esther, 9 years old and in 4th grade, says with a smile. “Second grade was no fun; it was boring and I didn’t have many friends. I came to PTACH in the third grade and it was different. I liked it a lot.” Extracurricular classes such as knitting and guitar are opportunities for success and accomplishment that carry over into academic subjects, and the girls share a common history, which encourages mutual support and friendship.

Moriya, 12 years old, joined PTACH in the fifth grade, and is now in seventh grade. “At first I was scared,” she says. “Then I said to myself, ‘I’m staying forever!’” Her change of heart is the result of a change in teaching methods. In the mainstream school, she disliked math and studying Chumash because the teaching model did not work for her. At PTACH, time is a friend. “Teachers take the time to explain, which makes learning easier,” Moriya says. “I love math and have fun celebrating Purim and going on field trips.”

When asked what advice she would give to parents, Leah, 13 years old and in eighth grade, who enrolled in PTACH in the second grade, says, “Send your children to PTACH because it helps make learning fun.” Mrs. Rubel adds, “It’s important for parents to validate their children and get them the help they need. Look at the PTACH program and the great work it does. Children at PTACH have self-confidence and great hopes and dreams, and your child can be a part of that ethic.”